Jingle bell jingle bell, jingle all the way; Santa Claus is coming around, riding one open sleigh. Though Christmas is still a couple of months away we can say that THE BLACK FRIDAY is an officially or unofficially is the gateway to the auspicious day of Christmas.

Black Friday always falls the day after Thanksgiving (fourth Thursday of the November) and it is also an official beginning of the shopping spree for Christmas in the U.S and some other parts of the world since 1952. Though it is not an official holiday but some states like California declares it as a holiday for states government employees like some other federal holidays. So after Thanksgiving and Black Friday with weekends off makes highly potential shopping weekend of the year. It is reportedly the busiest time of the year since 2005. This year Black Friday is on 29th November 2019.

As for its history and origination, evidence suggests it originated from Philadelphia, where it was used to describe the chaos due to traffic on the sidewalks and roads that occurred on the day after Thanksgiving. Later it is widely spread as a day for the retailers who begin to turn their losses which they show “in the red” into profit “in the black”.

Black Friday is a shopping day because of a number of reasons. Firstly, it is the first day after the last major holiday before the Christmas which makes it the perfect unofficial gateway for Christmas shopping season. And secondly, many employers give the day off their employees as an extended Thanksgiving holiday. This opportunity is very much exploited by all retailers in all the aspect of the modern world.

In 2015, Neil Stern of McMillan Doolittle said, “Black Friday is quickly losing its meaning on many fronts”. One of the reasons for this scenario is because many retailers were opened on Thanksgiving and a lot of sales started even before that. And the other reason is ONLINE shopping which ultimately decreases the amount casualty taken place due to the rush to buy the required things of your desired list. Really on Black Friday day mall, shops, supermarket etc. looks like some scene of QUENTIN TARANTINO movies, just kill for the desired objects. Thank God for the e-retailers and online shopping, we can able to back to civilization.

If I have to go to the memory lane, last year Black Friday statistics show us that shoppers spent 1.9 billion dollars online Thanksgiving and 3.3 billion dollars on BLACK FRIDAY. Which is still less compared to a business in 2015. Boy so much money spent but still lacking!!

So there is no need to get queued or lose your sleep on 29 November to become INDIANA JONES to get the prized possession. Chillax and get updated by several but important Black Friday 2019 ads and sales provided by TheBlackFriday.Website.

Several e-retailer brands reduce their cost for this season as a form of sales like Amazon, Best Buy, Kohl’s, eBay, Target, Walmart etc.

Here are some of the top Black Friday Stores 2019.

This e-retailer tends to match any price with its competitor, which makes Black Friday deals even better. If you want to buy everything from one store then Amazon is one for you. From smart TV to tablets to smart speaker, everything is a more upgraded and reasonable price. Check the Amazon Black Friday Deals. Also, Keep an eye on their Gold Box Deals.

If you are a gadget freak the Best Buy is your BEST option buddy. Although it’s not offered as much deal as Amazon but still great for the electronic shopping.

In Kohl’s, you get discount cards which you can redeem later instead of a discount then kohl’s is the sure thing for you. Yup, you can get fitness equipment, gaming console, Apple watches, TV, clothing, etc. under the same stores or their Black Friday website.

The best Black Friday 2019 deal you find in this e-retailers business site are smartphones and tablets. But double-check before you click the buy button.

It’s good for tablets and smartphones as well as toys and home-ware.

They match every price with their competitors in laptops, TVs, small and large electrical appliances. Their sales start on November 25 for this year Black Friday 2019.

Their Black Friday 2019 sales also start on 23, November. You guys can save a huge amount of money on fashion collection and homeware products.

It’s a great place to shop for anything and everything. And special fees discount on online shopping. It has everything stores in them, from a game console to tablets Apple products, and etc.

They offer most Black Friday deals than any other Black Friday website or stores do other than Amazon. Variety extended from kitchenware to TVs, video games to Gopros even small items like DVD and Blu-Rays.

Christmas is my favourite time of the year. I love everything about Christmas, the snow, carols, Christmas tree, hiding the presents under the tree, etc. But I love the most is the anticipation in what I get in Christmas and eagerness to open my present. So with the right presents you can make everyone’s face lit up. And if you want to shop without any chaos and hazards, then modern technology provide it on your doorsteps. So that you can spend lots of time with your loved ones instead of standing in a queue or get jostle in the line.

Through this Black Friday 2019 website, we are here to provide you with correct assistance as possible. Stay updated with the latest information on ads, deals, and sales. 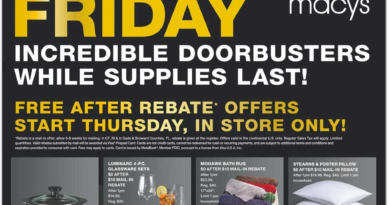 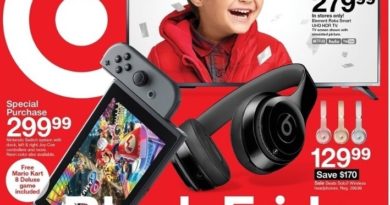 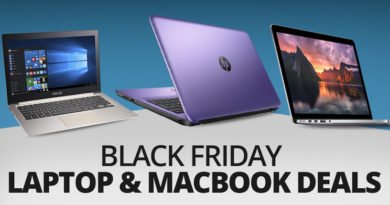